PIGMENTS OF THE 14th CENTURY 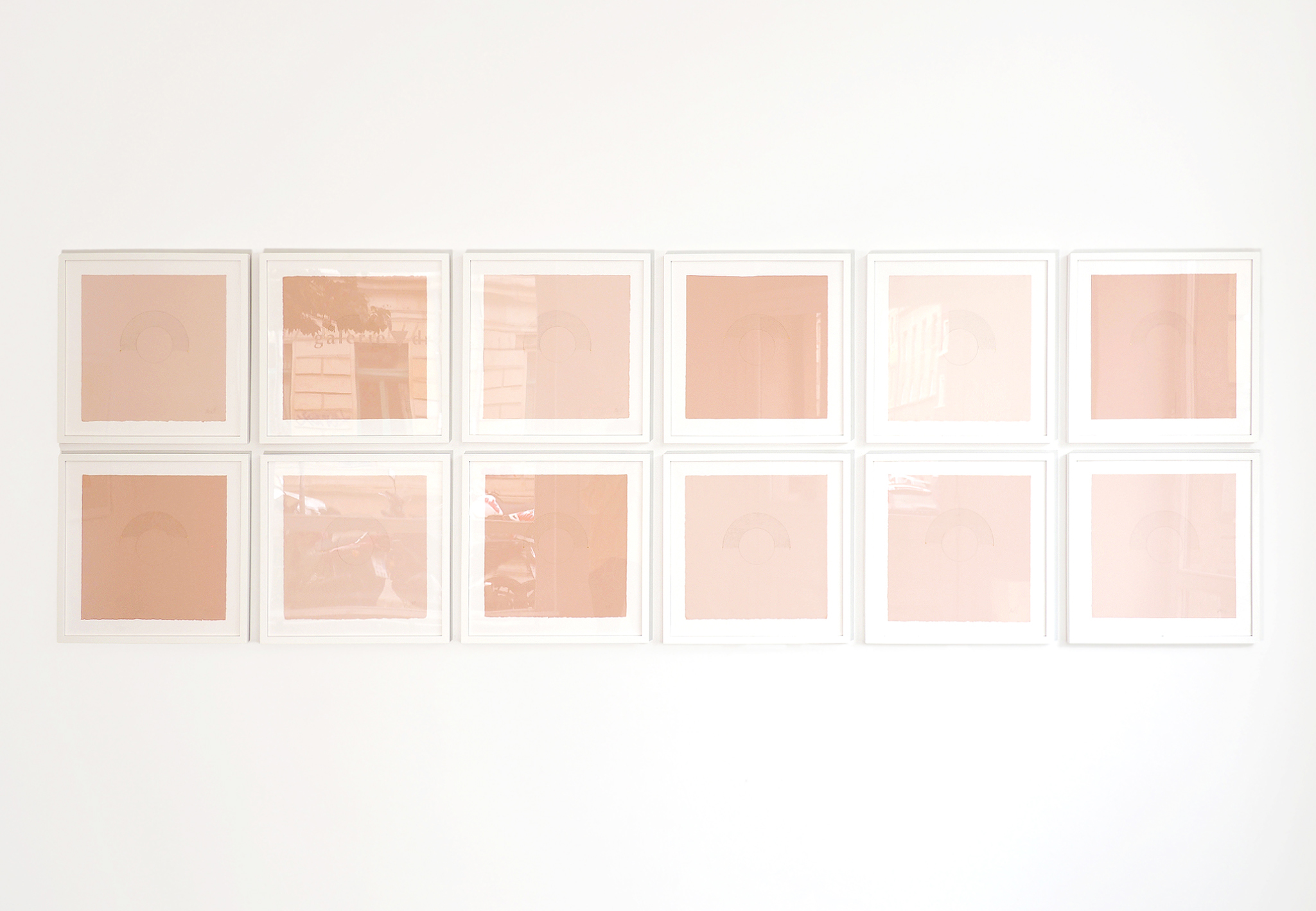 Installation with 12 PIGMENTS Drawings from the Rose series of the PIGMENTS. Silverpoint drawings are primed on handmade paper with a primer (15th century recipe) and pigmented with red burgundy ocher.

Series of 49 pigment studies, with 25 sheets each.

PIGMENTS of the 14th Century

The research project “Florentine Painting” at the Alte Pinakothek in Munich provided a comprehensive art-scientific and technological investigation of early Renaissance painting. The detectable pigments were recorded for the first time. Thus, yellow ocher, red ocher, azurite, ultramarine blue, green earth, brown ocher and carbon black were used by all artists of this period.

These ancient pigments of medieval tempera painting with gold ground, like gold leaf itself, are no longer used in the art of later centuries. With the PIGMENTS series, the color effects of these pigments are brought back into focus. In each case 7 different brightness levels of the 7 pigments were mixed to a color order of the Middle Ages. To draw with silverpoint, one needs very special primers of the paper. For the drawings on handmade paper, an old priming recipe of the 15th century is used here. It is colored with that yellow Veronese ocher, red Burgundy ocher, light azurite, lapis lazuli, green Veronese earth, brown umber as well as cherry pit black in the brightness variants. 49 colored primers can be developed this way. Each is applied to 25 sheets. Eggshell White and Gold Leaf also form two further series.

Thus, the PIGMENTS study includes a total of once 1275 drawings. Each drawing reflects the typical form that always recurs in Florentine painting. A circle surrounded by a semicircle recalls representations of halos and becomes a contemporary minimalist interpretation of medieval paintings. One drawing per day should be created, so that the concentration of action remains perceptible. The area between the circle and the semicircle is carefully hatched with the silver pencil. Only the boundaries of the hatching shows two small dots, in real gold leaf.

In the exhibition in the Gallery Three Dresden Secession are shown PIGMENTS from series RED OCKER. Red French ocher was used in particular to paint all the pink nuances and also the skin tones. The pigment, like all historical pigments of tempera painting, shows an almost powdery color effect. The colors seem to need the shine of the gold used at that time. It is also interesting that the symbolic use of the colors, which was common at the time, probably also referred to the places where the pigments, which were so precious at the time, were found. Thus, blue lapis lazuli comes from the high mountains of the Hindu Kush and is close to heaven. Yellow, brown and pink are profoundly earthly – extracted from the womb of the earth. Black is created by fire, for example, the charring of seeds. White is found in the innocent eggshell rubbed. Gold, however, stands outside and for the world of the divine. 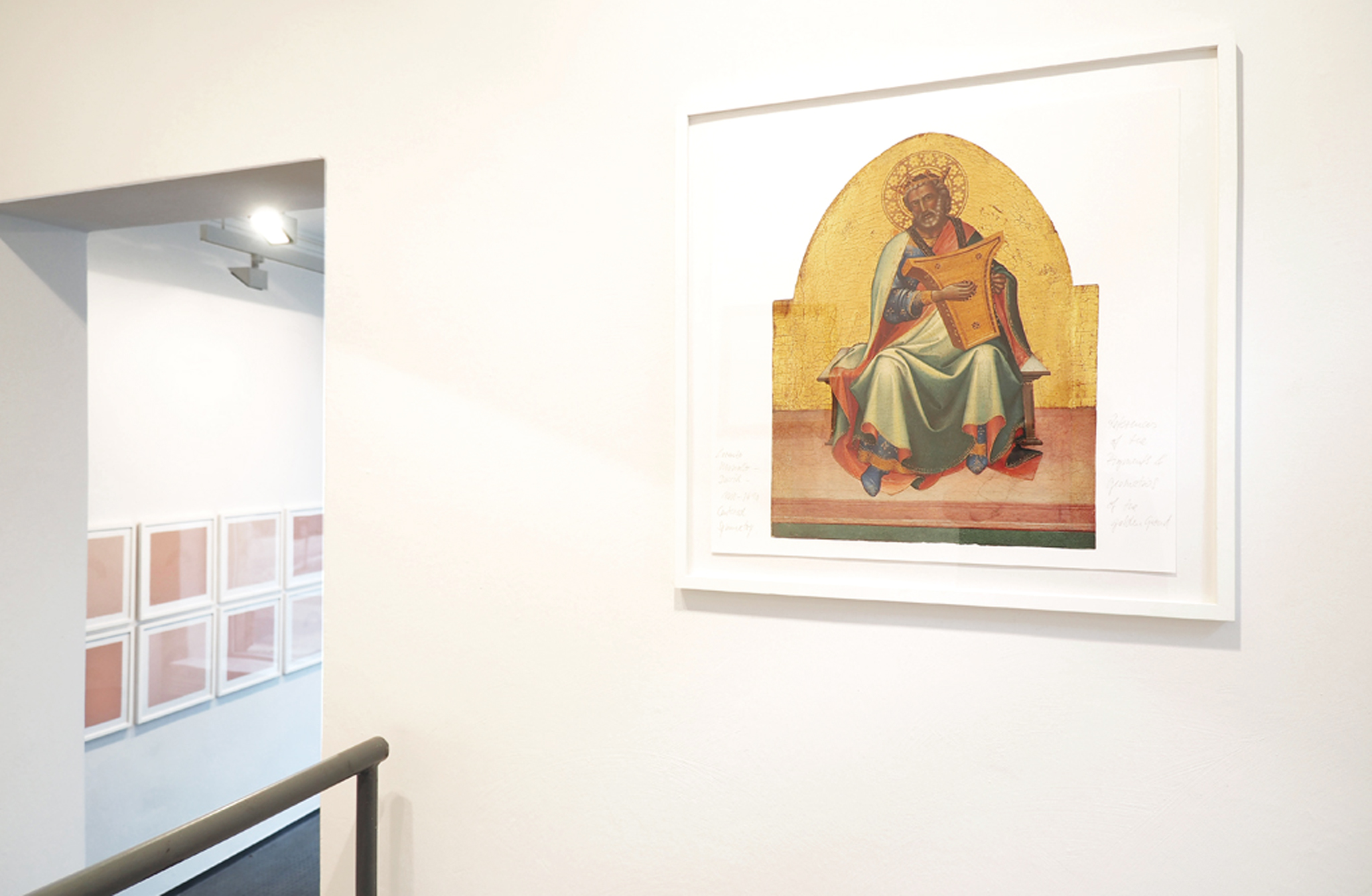 12 PIGMENTS Drawings from the Rose series of the PIGMENTS